Shuttleworth Misses the Point Yet Again

I caught an article on Lxer.com entitled:

There are a number of quotes in the article from the originator of the Ubuntu Linux distribution, Mark Shuttleworth, that clearly attest to the fact he is completely missing what so many people find wrong with Unity. He starts with an completely misplaced "fact" for which he does not provide any backing:

"There is a bit of a myth that power users don't like and aren't interested in usability and ease-of use,"

Who ever said this? I've been using Linux for more than a few years now. I read many a different FOSS news wires and never before have I seen this idea thrown around. Perhaps there was an article or two I missed on this topic... At any rate Shuttleworth is going to continue digging a hole for himself:

"There is going to be a crowd that is just too cool to use something that looks really slick and there is nothing we can do for them,"

I can't speak for everyone, but I can at least speak for myself. I am not "too cool" to use something that looks "slick" (I mean comon, have you seen Enlightenment).

I know everyone is bound to have one of those "open mouth insert foot" moments at one point or another, but Shuttleworth's blatant disregard for why users dislike Unity is just shocking to me.

How long have you been working on E for?

I remember when I started writing E. Dinosaurs were roaming the earth and things were much warmer... So that was back in 1996.

You've been the lead developer for Enlightenment for some time, did you work on any other desktop environments/projects prior to it?

Prior to enlightenment I was hacking on fvwm. fvm-xpm was a result of my
hacking and rxvt-xpm too. Beyond this I also wrote some trinkets like xflame (display flames in X in a window or on root even) xripple (create reflection ripples on your desktop background in x). Then I got sucked into the bottomless pit that is Enlightenment and have yet to escape.

What inspired you to create another desktop/window manager?

I had an itch. I scratched it. Frankly I just thought X was too plain and ugly
and needed some spicing up. I knew X could do it and people were just not
using the facilities it had, so I did.


In your opinion what are the EFLs strongest advantages over other libraries such as GTK or QT?

Smaller, leaner and built for a more modern graphics era. They are designed from the ground up as a scene graph. GTK and QT are just beginning to explore that and see the light. EFLs have been there and mature for many years now.

How much of Enlightenment/EFLs do you maintain personally?

Not all of them by any stretch. I mostly stick to ecore, evas, edje, embryo, eet, and elementary. Eina I throw things into now and again, but I don't tend to put a lot of time into that one. Efreet, e_dbus and eeze I mostly leave alone. E17 itself I do a large amount of work on still. Of course many others who work on these too to varying degrees, not just me, so it's a team effort.


How many active developers does Enlightenment currently have working on it?


In terms of fulltime developers spending 8+hours per day cranking out code, we have about 5 on a good day. If you just want to talk about the number of people actively sending in patches, it's about 20. If we had more manpower we could do so much more. Many developers just get distracted off into many other things (real life, their day jobs, other tasks etc.) most of the time.


Are you looking for more help with development?


Do you have any tips for aspiring programmers hoping to get started writing applications using the EFLs?

Start with the libraries that make things simplest - start with elementary.
It's the least code to get the most done. Work your way down. Get your head around the idea of a scene graph instead of immediate-mode rendering as well as a mainloop and callback-driven api's and you'll be golden.


I know Samsung funds Enlightenment development, do any other companies sponsor a sizable amount of development?


Right now, other than Profusion, not a sizable mount. There are smaller
companies involved here and there like ordissimo, calaos, free.fr, but I don't even know them all and have probably missed a few in my quick answer here.


Can you give us any hints about how Samsung plans to use the EFLs they are funding?


We are using them as part of a mobile platform that's basically a full Linux OS stack like your regular desktop linux distributions. It is being designed for mobile devices like smartphones, tablets, and god knows what else (that's all pretty obvious given that it's the mobile os r&d that is doing the work).


As a developer what is your take on Gnome 3 and Unity?


Unity - I haven't been looking at too closely, but my take is that it's causing
a lot of unhappiness amongst users.

Gnome 3 - seems to have also created a lot of friction. Gnome 3 is now finally becoming tightly coupled like E17. They are in fact moving towards our model of things now, so I would guess it's a vote in favor for us having had the better model to begin with and being ahead of the curve. My general take on any environment that REMOVEs options from the user or makes them exceedingly hard to find or change, is that it does its userbase a disservice to the extreme. If you want to move options to "advanced" dialogs somewhere or something - fine, but removal is just bad.


Anything else you'd like to add/feel is worth mentioning?


In general I think EFL and E get a lot of things really RIGHT. We normally implement many things quietly without fanfare or blogs that you find other DE's and toolkits implementing with lots of publicity about their great new feature. We are a very behind-the-scenes group and are more conservative than most in actual publicity. This is something we really need to break out of somehow and improve. We don't "toot our own horns" enough. I really wish we had 1 or more people just devoted to doing public relations, blogs, announcements, press releases... the works.

I'd just like to say thanks to Raster for taking some time out of his day to field my questions. Hopefully you learned as much as I did.

I think one thing that often confused people when they first get involved with free software is the difference between FOSS and freeware (or shareware). When speaking about open source software in my writings I try to always use the term "FOSS" which is an acronym for "free open source software". The source of this sometimes confusion can be sorted with the Latin statement:

Which roughly translates to:

"for zero price" versuses "with little or no restriction"

Or to simplify it even further to a common analogy first used by Richard Stallman:

"Think free as in free speech, not free beer."

Should Joe Average the end user care if their software is Gratis or Libre? Whether or not a program is truly free doesn't affect the user user right?

In fact the only reason for keeping your "free" software free as in beer is to prevent your users from having choice. By not having open standards you can easily lock users into not being able to easily change from using your software later on.

Not all free software is created equal. Some authors believe more in liberty than others - so next time you download a piece of software that is "free" be sure to find out which kind of free it is!

Bodhi Linux 1.2.1 and other Updates

At little over a month ago the Bodhi team and I released our second update release. We were unaware at the time that the version of GCC used to compile the kernel on this release had an issue that caused an issue for some users when compiling and inserting extra kernel modules (such as the nvidia drivers and Virtual Box). This update release today contains a kernel in which this issue has been resolved.

If you already installed Bodhi 1.2.0 (or an earlier release) and your system is working fine (odds are it is, this issue was only affecting some users) there is no reason to install this new release. It is simply a bug fix release so the ISO image has the updated kernel by default.

Speaking of the nVidia driver - we know that jockey-gtk did not play nicely with Bodhi because we do not force kernel updates as Ubuntu does. Because of this we developed our own GUI tool that automates the installation of the current nVidia driver. You can find that here.

I would also like to publicly announce that our new browser based "App Center" is ready for use. While it may not look terribly different from the software page we had been using for the past several months, this new "App Center" has been written from scratch and no longer utilizes Doku Wiki. Currently the most notable new features are an RSS feed for new applications added and an "instant" search box.

We plan to add more features to the App Center in the future including user accounts that will integrate with our forums. While having an account on the App Center will be optional, it will eventually allow users to rate/comment on applications and most importantly it will allow them to save "App Sets" so that if they install Bodhi on another computer (or reinstall on the same one) they can easily re-download all their software with a single click. 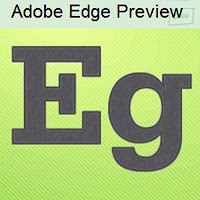