Open is a Loose Term in the Mobile Market

Recent news in the world of Android is that Google is blocking their movie renting service from being used on rooted devices. Thats right - if you are using a rooted Android device that means you must be doing so because you are doing illegal things and intend on stealing films. While I don't agree with this in the slightest, it is fully within Google's rights to block such access.

In fact, when you bought your locked down Android device (that odds are came with plenty of ad-sponsored extra applications installed) you told Google (and the hardware company) that all the crap they are selling you is A-OK. You need to remember that the easiest way to let vendors know you think what they are doing is wrong is by not buying their products (and maybe writing a letter or two). Until this year Nokia was pro-Linux operating systems on mobiles and I showed my support by buying two of their N900 devices. Now that they are turning to Windows Mobile they won't be getting a penny more of my hard earned money.

Honestly, all of the Google/Android fans out there that think Google backs FOSS for anyone other than themselves is just naive. The holding of the Honeycomb (Android 3.0) source code so outside developers cannot get devices on the market at the same time (or even before) Google's slow moving partners is just further proof of this. Remember folks Microsoft also claims to love open source as well, but actions speak far louder than words. 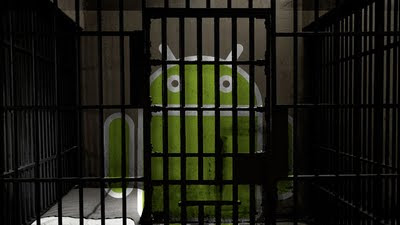 I guess in the end "open" is a loose term when it comes to the mobile market. Yes, Android is more open than a good deal of other mobile operating system alternatives - but it is far from the freedom we see in desktop computing. Our mobiles won't be truly "open" until hardware manufactures stop riddling FOS operating systems with closed source hardware and software components.