If you have been reading here for awhile then you may know that I am a bit of a gamer still. Even though as time progresses more games are being created natively for Linux, there are still a good deal of games that are written in DirectX so they require a Microsoft operating system (or Wine) to play.

Not everything is written using Direct X however, in fact a good deal of games are being written with OpenGL support. Something that really irks me however is when a company creates a game in OpenGL (See Blizzard and Valve) to run on Mac OSX, but at the same time refuses to support the Linux operating system.

Unless you have been living with your head under a smart-phone-free rock for the last couple of years no doubt you have heard of the smash hit game "Angry Birds". 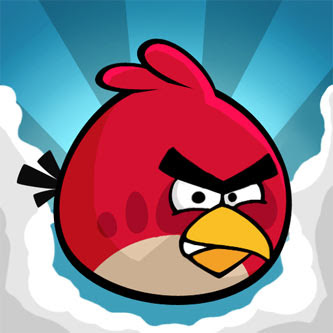 Angry Birds takes the operating system discrimination I mentioned above to the next level.

Angry Birds works on iOS, Maemo, Android, and Windows - yet they refuse to make a general Linux installer. Now I could see if they only had an Android client why there might be some hold up, but the game runs on Maemo - which is a full Linux OS. Thats right - the game already compiles and runs on an ARM Linux platform. If the pile of FOS applications that have been ported to the N900 are any indication this means that getting the code to run on an x86 or 64bit version of Linux is just a recompile away. Yet still no Linux client for Angry Birds!

I've contact Rovio (the company that makes Angry Birds) asking if they have any plans for a Linux desktop client, but I received a fairly standard response:

"We do intend to develop versions of Angry Birds to all relevant devices out there. News like this are announced at Rovio’s web pages or in a newsletter. In most cases we will not publish any release dates for the updates before they are ready and available. This is to make sure we can finalize the updates without external time pressure and because we do not want to give dates that we cannot always guarantee we will hit."

Their generic response about "devices" makes me wonder if they even read my email.

Do you think we will ever see non-open source developers stop ignoring my platform of choice or is Linux forever doom to obscurity?

~Jeff Hoogland
Posted by Unknown at 12:12 AM