A Gnome Refugee's Guide to Enlightenment

The third major installment of the Gnome desktop released earlier this month and I am sure many users found themselves shell shocked with more than a few of the changes. Some will adjust, some will stick with Gnome 2 (or the classic desktop), and I am sure more than a few will go looking for something else to use as their desktop of choice. Bruce Byfield recently did an overview of seven alternatives to the Gnome 3 desktop and the second one he lists is the Enlightenment desktop.

The Enlightenment desktop is sleek and lightweight, in fact there are many reasons to give the E desktop a try. If you are coming from the Gnome 2.x desktop there are a few things you will need to adjust to when you first start using Enlightenment.

Panels are now Shelves
E's equivalent to Gnome's Panels are the "shelves": 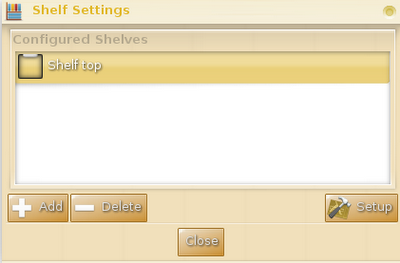 Like most things in E, shelves are also a bit more customizable than the Gnome panel is. You can configure your shelves to only appear on certain desktops (or all of them), be positioned in one of twelve spots around said desktop, and appear in one of four different looks based on your current theme (including an invisible mode).

Gnome Do by Default
One application most people install under the Gnome desktop is "Gnome Do" for quickly launching their applications. Well Enlightenment has a default module known as "Run Everything" that really does run everything! 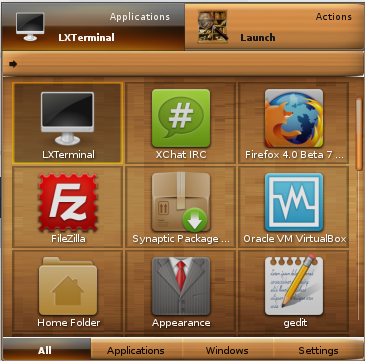 By default "Run Everything" is bound to super+space and alt+escape so pressing either key combination will call up the smart launcher.

File Manager Management
Gnome uses nautilus as it's default file manager. E's built in file manager is still a work in progress, however it is stable should you choose to use it. What E does include also is the "places" module that lets you use any file manager as your default. For instance I prefer PCManFM as my file manager: 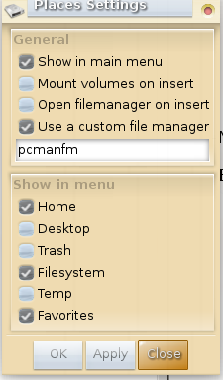 The Clean desktop is a Menu
Your desktop stays clean of desktop icons by default you will notice, this is because left clicking anywhere on the desktop gives you the main menu. 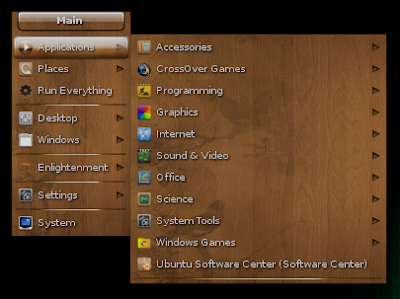 Right clicking anywhere on the desktop short cuts you to a menu that displays the applications you have flagged as "favorites".

Enlightenment can look like most anything - Even Gnome 2.x
I know one thing that is putting most people off of Gnome 3 is just how radically different it looks and behaves (without a real need for it IMO). Enlightenment is flexible and can look like anything you can imagine, including like the classic Gnome desktop: 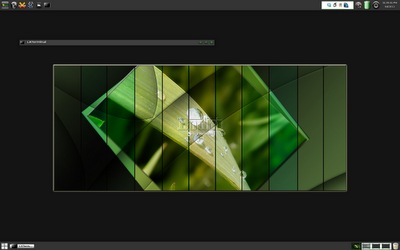 If you'd like to easily emulate the setup in the above image, then download this file and extract it to your ~/.e/e/config folder. Then restart Enlightenment and the "Gnome" profile will appear in your profiles list.
If you're interested in further reading about the Enlightenment Desktop be sure to check out the following:

Have any other questions feel free to drop a comment below and I'll be sure to lend a hand.

~Jeff Hoogland
Posted by Unknown at 9:49 AM