Clarifying details about E17 and Compositing

First - there are currently two different compositing engines for Enlightenment. One of these is "Ecomorph" and it is the most commonly referenced when talking about compositing and E17. Ecomorph is not housed in the official E SVN and is not installed in Bodhi by default (you can find details on getting the Ecomorph source code here). Ecomorph is a slightly rough port of the famous "compiz fusion" for Enlightenment. It does not provide a consistent experience across a variety of hardware and it is no longer under active development - thus it is not recommended for usage. 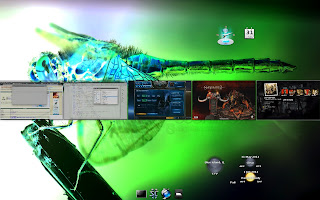 If you have any questions or if anything is still unclear feel free to drop a comment below.

When you are trying to show a classroom full of students how to enter a complicated equation into their calculator it is pretty much always best to give an example. In order to do this in an effective manner I like to be able to display the calculator on the projector. Most students today have a TI83/84 model so being able to have an emulator for one of these on my laptop is essential. The following is how I went about getting a TI-83 emulator setup on my Bodhi Linux machine:

My TI emulator of choice is called "Tilem". It is an open source project and you can download the latest source code here. Extract it's contents and do the:

dance that compiles so much software. If the software doesn't compile for you first try be sure to check the README file and the configure script output - odds are you are simply missing a build dependency. If you can't figure out the issue on your own pastebin the error message and post it in the comments - I'll do my best to lend a hand.

Second - Obtain and use a ROM Image

There are a few different ways to get an image of a TI-ROM. You can dump the ROM off of a physical calculator you own (mildly complicated, check that README file for details on this) or you can hit Google. I found a good TI83 download here.

and point it to the location of your calculator ROM file. Once you select it your TI emulator should appear on screen: 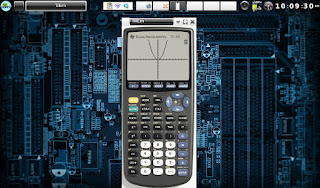 The Best Linux Desktop Environment is...

The one that works best for you.

Want to know how many different Linux desktops I tried before I eventually settled on E17?
The important thing is that whatever desktop you are using allows you to be productive and doesn't hinder your work flow (and if it is pretty that is a plus).

If you are unsure about which desktop is best for you with all the recent changes that have come about in the Gnome/Ubuntu camps I encourage you to go grab some LiveCDs that feature the latest versions of the various desktops and give them a try. By that I mean a real try - don't just boot the system up, use it for 15 minutes and think you are an expert. Use the desktop for your everyday tasks for a few days, see if it feels right. Find out things you like/don't like and discover things that make each different desktop unique.

What is your desktop of choice on your FOSS operating system and why do you stick with it? 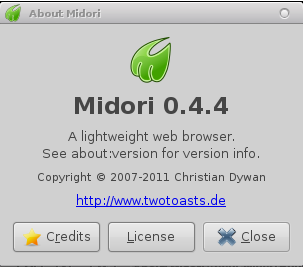 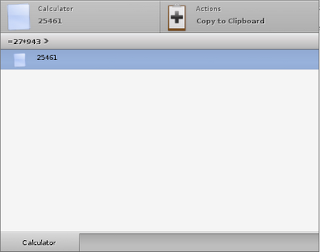 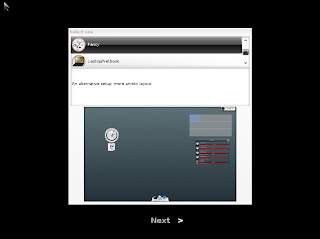 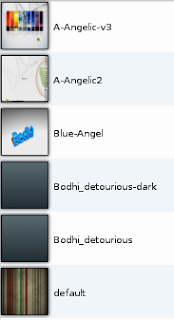 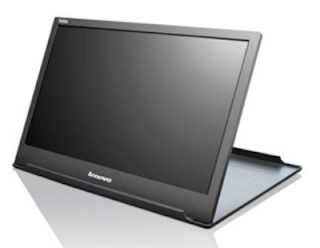 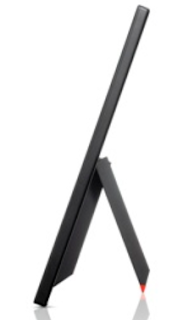 The Bodhi Linux App Center utilises APTURL technology to allow users one click install for popular Linux software. We also ship with the Midori browser by default. If you are using a different Debian based distro and wish to have APTURL function in the Midori browser following is what I do to make it work on Bodhi:

In your ~/.local/share/applications directory create a file called:

For it's contents paste in:
[Added Associations]
x-scheme-handler/apt=apturl.desktop;

Finally we need to create one more file. In your /usr/share/applications make a file called:

Note that you will need root access (or sudo) to create this second file in the proper location.

Restart Midori and now clicking on APTURL links should work (make sure you also have APTURL installed).

Get Your Linux Game On

I've done a number of posts in the past complaining about a lack of support for Linux based operating systems from main-stream game companies. Today I would like to highlight a few different high-calibre game titles that bring Linux support to the table.

Oil Rush is a truly interesting mash up of a game. From the creator's website:

"Oil Rush is a real-time naval strategy game based on group control. It combines the strategic challenge of a classical RTS with the sheer fun of Tower Defense. "

I once heard Savage 2 described as a FPS-RTS-MMO-RPG, this description isn't that far from the truth. Savage 2 has combined some of the best elements from all of these types of games.

I'm going to be a bit biased here and admit this is a game I'm waiting excitedly for. From the game's website:

"Cradle is a science-fiction first-person quest with freedom of movement. The story is built around the relations of the protagonist and a mechanical girl, who by enigmatic circumstances find themselves together in a yurt among the desert Mongolian hills. The player is to restore the lost functions of his companion's mechanical body parts and together reveal the mystery of the neglected entertainment park found not far from the yurt."


Whew! Some good entertainment to enjoy now and some to look forward to that all runs natively on my favourite penguin powered operating system.

It is nice to see more game companies are seeing the value in producing cross-platform entertainment. Hopefully more will continue to follow suite.