After almost exactly three months since our Bodhi 2.2.0 release the Bodhi team and I are happy to announce the next update release for our 2.x.y series - Bodhi Linux 2.3.0. Again because this is a minor update release people who are already using our 2.x.y branch can simply upgrade to this release via their package manager. Something else I would like to mention is that next month our 1.x.y series release will be reaching its end of life next month (meaning our repos for it will be fully shutdown) so this is a great time to upgrade to our matured 2.x.y release if you've been waiting.

For those who don't care to hear my ramblings, you can find direct download links for our ISO images on Source Forge here and then torrent downloads for the ISO images here (please help seed for a few days if you can).

As with our 2.2.0 release there are three disc downloads for this version:


Software wise we see the following updates with this release:
And of course there are a number of other application updates in the Bodhi repos (not included by default) such as Firefox 19.0.2, Chromium 25, nVidia 310 drivers and LibreOffice 4.0.1

Of course we have some fresh looks for this Bodhi release in terms of art as well! You will find the following default themes on this Bodhi disc: 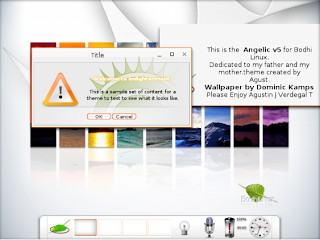 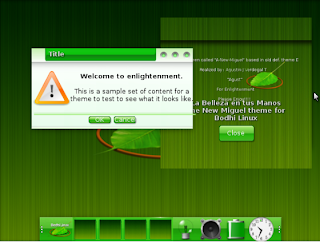 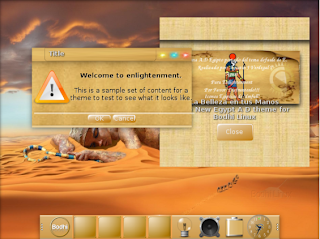 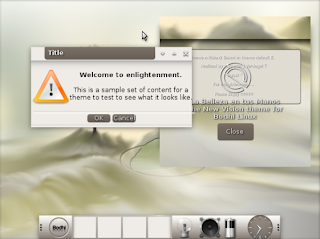 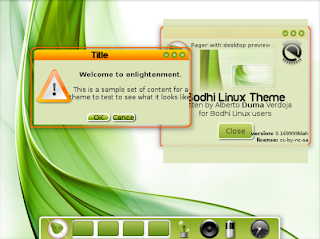 Finally - please do not comment on this post asking for help with an issue you have with Bodhi. Instead open a support request on our user forums.

Mir, Wayland and the Future of Bodhi Linux


Things have been a little quiet around my blog of the late. At the beginning of last month I started a full time position doing some IT related tasks for a major insurance company where I live in central IL. Between the new job, playing Magic, spending time keeping Bodhi things up to date, and preparing to get married in less than a month - I haven’t had time to post as much as I’d like to on here.

Today I would like to take a moment to discuss a topic that has received much attention on Linux blogs/news sites in recent weeks – Ubuntu’s concept for the Mir display server. I would like to start by pointing out I’ve said the concept of Mir. That is right folks – at this point it is just a concept, nothing more. Not long ago Ubuntu announced they’d be moving to Wayland. We all know exactly how much came from this announcement. Because of this history I’m going to reserve my judgment of Mir until we see it actually created and put into use.

Lots of people have been jumping to even more conclusions as to what exactly Mir means for derivatives of Ubuntu – such as the Bodhi project I manage. Currently Mir means absolutely nothing for Bodhi. We intend to continue following our close relationship with the upstream Enlightenment developers (we are after all an E-centric distro) and at this current point in time the Enlightenment team has zero plans to support Mir (which is fine, because again it is still nothing more than a concept). The E team however has been actively working on porting the EFLs/E desktop to be functional on top of Wayland.

Does this mean Bodhi will move to using Wayland for our display server? No it does not. Does Ubuntu moving to Mir (some year[s] from now) mean Bodhi will be rebased on another Linux distribution (such as Debian)? No it does not. Bodhi uses Enlightenment for it’s desktop because I believe it is the best desktop Linux has to offer. As long as X11 remains the best display server Linux has to offer Bodhi will continue using it. As long as Ubuntu remains the best/most supported core to build a distribution off of Bodhi will remain being derived from it.

That being said, our next major Bodhi release (3.0.0) will not be released until summer of 2014. A lot can happen in terms of software (and technology in general) over the course of 15 months – so nothing is set in stone. When it comes time for our next major release we will be re-evaluating all aspects of our project to ensure we are choosing technologies that are the best for our end users. After all, what good is an operating system if it doesn’t serve it’s end users well.

Speaking of Bodhi releases – keep an eye on our testing forum for Bodhi 2.3.0 pre-release discs within the next twenty-four hours. That update release is scheduled to be out by the end of this month.