Why Mint over Ubuntu


What makes Linux Mint better than Ubuntu you ask? There are a few things that come to mind: 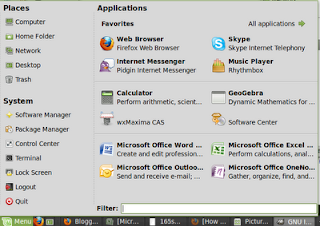 1.) The System Menu - Mint's menu is based off of the Ubuntu System Panel. It gives a menu that is similar to a KDE style menu in the Gnome desktop.

2.) The Update Manager - I can't tell you the number of times I've had a working Ubuntu system when a kernel (or some other) update comes along and foobars things. Mint's update program nicely divides all updates into different levels of importance so you can toggle which ones you would like to receive (by default, kernel updates are off)

3.) Default Software - I like Mint's choices of default software. It contains OpenOffice and Firefox, like most distributions, but beyond this it is still shipping with Pidgin as the default IM client, Mozilla's Thunderbird for email, and XChat for IRC communication.

4.) Media Codecs, Flash, and Java by Default - This has to be one of my favorite things about Mint. With a fresh install (or off the live CD), Mint will play just about any media format you can throw at it, stream youtube (or hulu) videos, and run any java application you might have laying around.

5.) Default Theme - Mint's green skin is much nicer to look at as opposed to Ubuntu's brown/orange layout.

Personally, I feel there is very little reason not to use Mint over Ubuntu. Why do I say this? In addition to all of my above reasons, Mint stays on a very close release cycle to that of it's parent distro, meaning it is able to stay fully backwards compatible with all Ubuntu packages (For instance, Mint 8 equates to Ubuntu 9.10 and Mint 7 equates to Ubuntu 9.04 ect.).

Do you have any reasons I did not list here for choosing Mint over Ubuntu? If so, feel free to share.