The Key to a Successful Linux Conversion

People are resistant to change. This is a fact and it is not going to change any time soon. Because of this they will not want their entire computer to change on them all at once. An important fact that a lot Linux Advocates miss is that the conversion to Linux starts on Windows or OSX.

A beautiful things about FOSS is that a good deal of the applications run on Windows, OSX, and Linux. The key to a successful Linux conversion is slowly replacing the productivity software a person uses on their operating system with FOSS alternatives. To most a computer is simply a tool. Meaning if a person is not able to accomplish their task(s) using the FOSS software then maybe Linux is not such a good idea. If this turns out to be the case, reverting back to the old software they used before is as simple as reinstalling an application (instead of reinstalling an operating system). If a person is able to use the FOS applications with out issues (and I've found most times they can) then your conversion is half over.

Once they become accustomed to using Firefox, OpenOffice, The GIMP, and other wonderful FOS applications changing the operating system these run on is simply a minor inconvenience (Most people don't even know what an operating system is, many think "Office" and "Windows" are the same thing). Finally when you do change the operating system on the computer to Linux, do your best to setup the GUI to look similar to the operating system that was on the system previously (Zorin 3 has skins that allow it to look WinXP, Windows 7, and OSX fairly well). If there are enough similarities most users will be able to make the change without complaint.

What do you think the key is to someone being able to successfully make the jump to Linux? 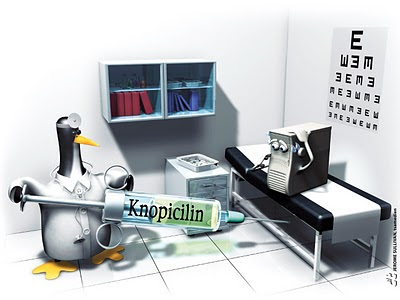