For those that have trouble distinguishing between fact and fiction April 1st is a dangerous day for internet surfing - doubly so in the world of FOSS. Mischievous web admins were a-foot in many places around the world wide web for the last twenty-four hours, the following is a round up of some of the better ones I came across. 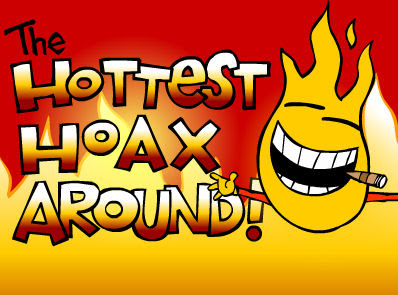 OMGUbuntu - The popular Ubuntu Linux tutorial/blog website greeted you with an "Error: Fatal X11 Failure! Using fallback terminal mode!" That then allowed the user to navigate back to the main homepage by using a little bit of bash-foo. Check out their online terminal here.

Google - Google is fairly famous for their April 1st stunts and today was no exception - they had two fairly good hoaxes I came across. First Google "Motion" was announced. A revolutionary technology that will let you quickly respond to emails by using gestures in combination with your webcam. Find more information and a video about it here.

Second was a job posting about looking for "autocompleters". Folks that would be responsible for guessing what people are searching for while they type it! (because thats not something a computer can do)

Play on Windows - The Wine Reviews blog posted an announcement about the "Play on Windows" product from the creators of Play on Linux. Citing something we know to be true "applications run much faster using Wine + Windows 98, for instance, than natively under Windows Vista." A sad truth about Microsoft's operating system to say the least.

Lady Gaga, Gaga over Ubuntu - Report by Tech Source that Lady Gaga recently announced she was an Ubuntu fan. The result? A 6% market share increase for Ubuntu Linux (largely in the form of teenagers). If only, if only!

KDE & Gnome - Both of the unix desktop giants are up to no good this year! KDE announced a 100 euro entry fee raffle. The prize? All of the software currently available in the KDE catalog - free of charge!

Gnome played the dirtier trick of the two however. They posted a news listing stating that the release of Gnome 3.0 was again being pushed back, this time to September of 2011. (Don't worry folks, the final tarbels for release are still due in by April 4th)

Microsoft Buys ReactOS - For those that are not familiar, ReactOS is a project working to create an FOSS operating system that has binary compatibility with the Microsoft Windows operating system (they work closely with the folks creating Wine). Blogger Marcel Gagne posted an announcement that Microsoft was buying out the open source project for an unprecedented 12.3 billion dollars because ReactOS was "just getting to close to creating a free and open source version of Windows" I think the frightening thing about this one is that we might actually see a stunt like this pulled by Microsoft should ReactOS continue to progress towards it's goal.

Canterbury Project - Undoubtedly the largest hoax/trick on this April 1st 2011 was the announcement of the Canterbury Project. Post by Arch, OpenSUSE, Gentoo, Grml and Debian the Canterbury project would be the "merging" of four of the largest Linux distributions in history. To quote:
While I think there are more than a few people out there wishing this one to be true, I can say with a decent amount of certainty this is a joke. What it does show us however is how willing those in the FOSS world can be to work together, even when they are some of the largest projects out there.

Find any other good April 1st day joke on the net I didn't list here? Drop a comment below letting me know.