I've been recommending Asus computers to friends and clients for some time now. After my recent dealing with the Asus support/repair center I will continue to recommend them for the foreseeable future.
It is rare that I keep whatever computer I have for more than a year's worth of time. Because of this I had never, until last month, had to RMA an entire laptop. It just so happened that last month my Asus T101MT (that I have been very happy with) up and died on me. I was using the system when the screen just cut out. I pressed and held the power button, waited a moment and then fired the system back up.


Nothing, nada, not even a bios screen posted.

I had some extra sticks of DDR2 memory laying around so I tried swapping those out before I called in for an RMA. No luck there. So I looked up when I had purchased the netbook only to discover it was one whole month out of the warranty.

I'd heard stories from fellow Linux users about companies not honoring hardware warranties, unless Windows was reinstalled on the system. It's wrong, but it does happen. I called up the Asus support line and after jumping through a countless number of automated menus I arrived at someone who could help me. After being walked through a few id-10-t checks the person on the phone agreed with me that the unit needed to be sent to a repair center. It's didn't matter that the system was running Linux, it was a clear hardware issue.

I mailed the laptop out and a few days latter I received a call from the Asus repair center. This is where I was further impressed with the Asus quality of service. Not only where they going to honor the warranty even though it was a month expired, but they discovered that the SSD I had installed in the system the week after I bought it had died and shorted out the motherboard with it. They offered to let me mail them the original 160gb hard drive to install into the unit with the replaced motherboard, but I opted to instead simply have them mail me a working hard-drive-less netbook. They also sent me back the bad SSD so I can get it RMAed (last time I will ever buy an ADATA product again). 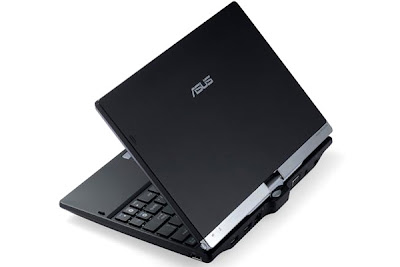 So in short I was very impressed with Asus quality of service and they will have the continued support of this Linux user. I received the system back last week and it is working great! Much to my joy they even extended the hardware warranty for me an extra 3 months.