Something Gnome3 and Unity could Stand to Learn from Windows 8

I've mentioned a few times now that I don't understand this touch infatuation technology has developed in recent years. What ever the reason, there is no doubting this technology is going to be around for some time. In the Linux world the releases of the Gnome 3 and Unity desktops have been pushing a touch-geared interface not only to touch-screen devices, but also the large screen of your home PC! Mac's OSX followed this line of thinking and it appears Microsoft's Window 8 will be no different:


It is still early, but there appears to be one important detail that Microsoft is getting correct that Gnome 3, Unity, and OSX all seem to have failed at.


They are making it easy to switch to a classic desktop. 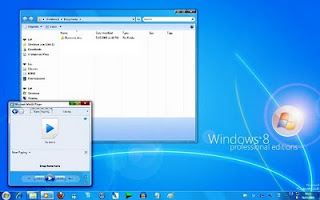 If Microsoft's choke hold on the market still is any indication we should all know end users are very resistant to change. Up and redesigning the entire desktop experience because you think it is "for the best" is not about to win you any awards.

Sure Ubuntu 11.04 has a "classic desktop" login, but this will be removed in the 11.10 release. Sure Gnome 3 has a "fall back" mode, but you have to dig through settings to get to it and calling it "fall back" makes it sound like something is wrong with your computer if you are using it (which is half true as it is intended for use on systems that lack 3D acceleration). Not to mention this fall back mode supports far less options than Gnome 2 had, but then Gnome 2 also had less customization than Gnome 1, smell a pattern anyone?

So please, Gnome 3 and Unity developers (heck even OSX) take a hint from Windows 8 (because you sure as heck haven't taken any hints from Enlightenment) and make a stand desktop configuration option a priority - not an after thought.