Whenever I am working on something, be it homework or one of my various tasks for Bodhi I almost always have the TV on in the background. I have a lot of work that I do - so that amounts to a good deal of television hours. Even with this being the case though, I have not watched more than a few hours of network television in the last three years.

A few years back I took a spare PC I had laying around and turned it into a dedicated media PC. It runs pretty much 24/7 attached to my 32" LCD television. Most people don't sit right on top of their television and I am no exception to this rule. Thus in order to control my media PC I needed some form of wireless control. For a good deal of the last three years I've struggled with using a Logitech wireless keyboard and mouse. While these generally worked they chewed through batteries, had poor wireless range and other various issues.

Late last month I acquired a new device to replace my old keyboard and mouse. It is a Lenovo Enhanced Multimedia Remote. The Lenovo remote is essentially a keboard/mouse combination that is designed to fit in the palm of your hand: 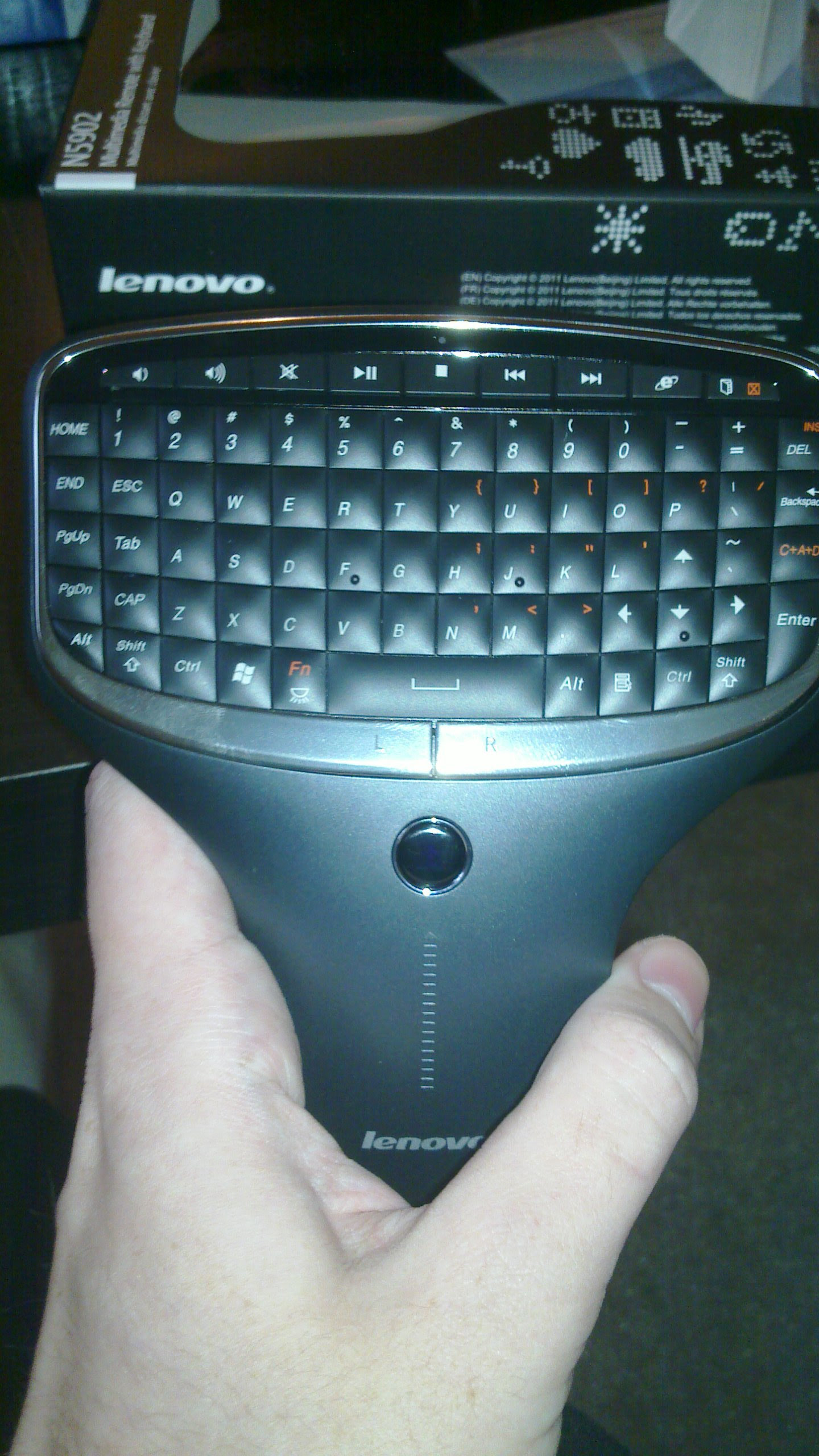 I must say after having used this little device for a couple of weeks I am fairly impressed with it. The range on the device is fantastic - I can go anywhere in my front room and get a flawless signal to my PC. The keyboard is of good build quality and the raised keys make for a pleasant typing experience. The dimensions of the keyboard are slightly bigger than your average smart phone keyboard - meaning that anyone who can text fairly quickly will have no problem working with this keyboard at an impressive speed.

The mouse on the device is a fairly interesting design. It reminds me a of a more fluid implementation of the "nub" mice older laptops used to have built in by default. Directly below the mousing area there is a vertical raised bar that acts as a scroll bar - very handy when web surfing. It is easier to see the mouse/scroll bar in action so the following is a short demo video of the "Remote":


While the product page claims the device is only compatible with various flavors of MS Windows - I have had absolutely no issues with the device on my Linux media PC which runs a build of the 3.0 kernel (meaning it should work on most all modern Linux distros). Beyond being a useful toy at home, I also plan to drag my remote along with me once I start teaching classes so I can work the PC I am presenting from anywhere in the room.