Thoughts on the Unity Desktop

Ubuntu's 11.04 release is now on the horizon and unless you have been living under a rock then you know that their big change is going to be the move to the Unity desktop. Personally I found this move to be odd when I first heard it, I mean after all it was Ubuntu that allowed the Gnome desktop to initially take off and beat out the KDE desktop. There have been piles of different articles about Unity, so I'm not going to bore you with the same details you can find lots of other places.

My question is this - Was this second project necessary?

I understand Ubuntu wanted to get away from the old Gnome 2.x desktop, but so did Gnome! Now I could see the need for another GTK desktop still if the two groups had two radically different ideas, but from what I have seen, read, and used they are fairly similar - 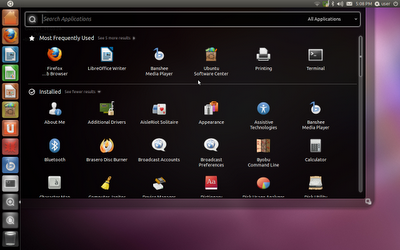 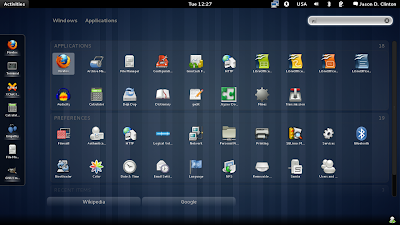 They both use GTK (although Unity is using the older GTK2). They both share so many common traits I have to wonder if both parties would have been better served with Ubuntu simply investing itself into Gnome 3 instead of creating something completely new.

I've mentioned my next idea once before and it seems my thoughts are still relevant nearly a year later. How much of the desktop does Ubuntu feel it is necessary to lock down in the name of user friendliness? I came across a HOWTO on Lxer.com the other day describing how to re-enable a full system tray in the Unity desktop. The fact that a HOWTO for this even needs to exist, makes me question the direction Ubuntu is headed in. If they continue down their current path, I have no doubt their days as the top dog of desktop Linux distros will be numbered.

You know what they say in the FOSS world though, if you don't like - FORK. Just this has been done to Ubuntu countless times, however I think with this upcoming Unity release it will be a chance for some of these other derivatives to really shine. Both Linux Mint and PinguyOS have stated they plan to stick with a more classic Gnome desktop for their 11.04 releases - so those facing shell shock over Unity will know where to turn to.

What are your thoughts on these newly created desktops? Needed change or unnecessary evil?

~Jeff Hoogland
Posted by Unknown at 9:16 AM