My old sager laptop is still great for gaming with it's nVidia 265m GTX, but in terms of processing power it is no longer up to snuff in 2011. Earlier this week I finally made the move and picked up something that had an Intel i7 processor in it. I favor laptops for the mobility they offer and I was lucky enough to get a good price on a Sony Vaio VPCF115FM 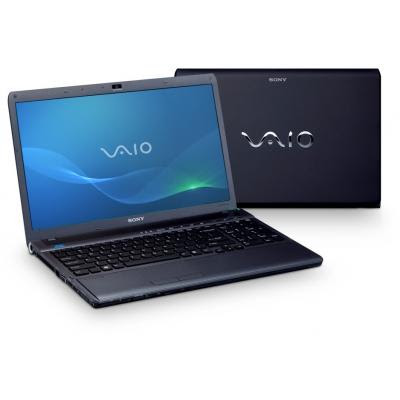 The first thing I do with any new computer that comes into my possession is boot Linux on it of course. I just so happen to keep Bodhi 1.1.0 on my flash drive and soon enough I was booted into my live environment (the live CD booted faster on the system than Windows 7 could shutdown - no surprise there I guess). The 2.6.39 kernel detected all the hardware and the system booted to it's beautiful 1920x1080 resolution. The install went without a hitch and I was soon enjoying Bodhi on my new build system (which compiles packages much quicker than my old Core 2 Duo).

I bought this particular laptop not only for it's processor, but also because of the dedicated graphics card it has. After installation the next step was naturally to try and install the closed source graphics driver nVidia provides. First I tried installing the 275 driver we provide in the Bodhi repository. It seemed to install A-OK, but upon rebooting I was greeted by simply a black screen.

Not a big deal, I've been around the block a few times when it comes to nVidia and Linux. I promptly uninstalled the 275 driver and then proceeded to try the latest beta driver from the nVidia FTP. Install seems A-OK again, but once more I was greeted by only a black screen. I figured maybe it was a kernel issue. Having just recently added the 3.0 kernel to the Bodhi repo, I tried both drivers again with this different kernel - same results.

Next stop? The Linux Answer Machine of course. Which lead me to a Google Code page for Linux on the Sony F Series laptops. Then I made a critical mistake that cost me a good deal of time - I jumped into trying to fix the problem without reading the entire solution. When you come across information such as the nVidia install directions always remember the comments are valuable.

After a little over an hour of playing around with edids on my Vaio with no luck I started surfing through the comments and found a useful one. It mentioned that this setup was no longer needed with Ubuntu 10.10. After racking my brain for what the difference might be between Ubuntu 10.10 and Bodhi 1.1.0 I realized the largest difference was the kernel version. On a whim I installed the 2.6.35 kernel, installed the nvidia drivers from the Bodhi repo and poof! I was good to go (guess my first hunch about a kernel issue was correct).

Now, what exactly is different between the 35 kernel and the 39 and 3.0 kernels that caused the nVidia driver to no longer work properly on my Vaio is a bit outside my areas of expertise. At any rate though I am happy to have a fully working Sony Vaio with Linux! I am still a bit over joyed at all the processing power it has. 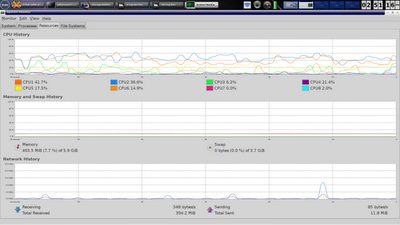