Back in March I had mentioned that one of the only issues I had to deal with when converting my girlfriend's laptop to Linux Mint was that her favourite TV show would not stream to Linux. The reason for this is that CWTV, instead of using Adobe Flash, uses Move Media player to stream to Windows and OSX (Move does not support Linux). Because of this if you are on a Linux system you would simply receive an "operating system not supported" message when browsing the page with the stream.

Shannon VanWagner and myself (and hopefully more than a few others) wrote emails to CWTV, asking that they support all operating systems equally with their live stream. Meaning if Move Media player refuses to support Linux, they should still offer a stream via flash.

Never doubt that your voice matters. CWTV will now stream on your operating system of choice so long as said operating has a flash enabled browser. 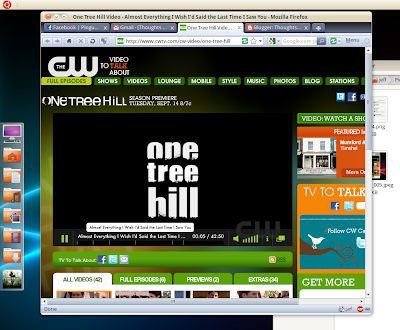 Hopefully this is a sign of Linux gaining more support as a desktop operating system from larger companies. Who knows, maybe other companies such as Netflix will follow suite at some point in the next year with Linux desktop variations such as Meego and Chrome OS coming into play very soon.

~Jeff Hoogland
Posted by Unknown at 12:49 AM