HOWTO: Install Firefox 4 on Ubuntu or any Linux Distro

Firefox 4 is almost ready for prime time! It offers lots of new features and is currently in beta. As such not all distributions have installer packages for it (and those that do don't always update them right away). Another problem with these builds (on Ubuntu and several other distros at least) is that they brand their beta Firefox package not as "Firefox", but as whatever code name the project has. This causes some websites, such as Facebook, to detect it as an unknown browser and thus disable some functionality (not to mention it will also confuse non-tech people that sit down in front of your computer).

Now I know there are always the nightly builds, but these are extremely bleeding edge and I personally don't care to have to run a system upgrade every single day. The following is an easy way to install the latest stable beta version of Firefox on any Linux distribution.

First -
Odds are your Linux distribution has a Firefox package (albeit and older version), install this package so your system will automatically install all of Firefox's dependencies through your package manager.

For example on a Ubuntu based distribution you would run the following in terminal:

Second -
Download the latest beta package of Firefox from here.

Finally -
Open a terminal and run the following commands in order (note these instructions assume you download the Firefox archive in step 2 to your ~/Downloads folder):

You are all set! The Firefox icon in your menu will now launch the beta version of Firefox you just downloaded. There are two important things to note when installing Firefox via this method. First - Your older version of Firefox is install installed, if you want to use it for some reason just run firefox-old in terminal. Second, the version of Firefox we installed will not be updated through your system's package manager - it will however handle it's own updates just fine. 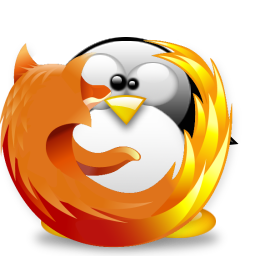