Eight Reasons to give E17 a Try

If you are new to Linux you may never have tried any desktop environments beyond Gnome and KDE. If you have been in the Linux world for awhile odds are you are aware of the fact that several other desktop environments exists. During the three and a half years I have spent using Linux I have tried every different type of desktop under the sun and of them all Enlightenment's E17 is my personal favorite. The following are a few reasons why it may be worth breaking out of your Gnome/KDE comfort zone to give E17 a try:

The suggested minimum for running E17 on is 16megs of RAM and a 200mhz ARM processor for embedded devices. The recommend RAM is 64megs (and a stripped down version of E17 can be happy running on 8 megs of RAM). From personal experience E17 utilizes around 100megs of RAM on a fully loaded desktop install. Meaning if you have at least 128megs of system memory in your computer E17 will function fantastically. Because of this E17 makes for a great choice on older computers.

This is one of the reasons many use Linux in the first place, because it is quicker than some other operating system. With E17 your Linux desktop will be running faster than ever. E17's low system requirements leave more power for the rest of your applications to utilize.

3.) - Desktop Effects on All Systems

Don't ask me how it is done, but E17 provides elegant window effects and desktop transitions regardless of your hardware and driver setup. Intel, nVidia, or ATI chipset - closed source or open source driver, they will all give you a sleek looking desktop with E17. Through the itask-ng module E17 can also provide a dock launcher that has a sleek look without a need for a compositing window manager to be enabled.

If configured properly E17 can be so much more than just a desktop environment. In fact many consider it to be a work of art. E17 is designed to be pretty and to this end it does a fantastic job. 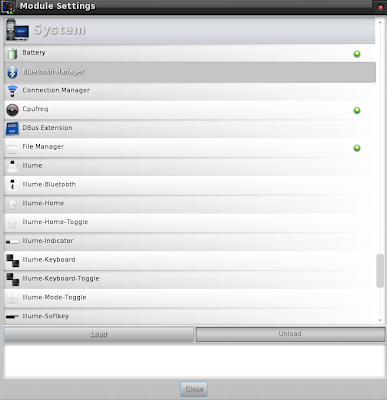 Not using some of the features E17 has and don't want them taking up unnecessary resources? Not a problem! E17 allows you to easily load and unload each and every part (module) of the desktop through the configuration menu. This way, only the parts of the system you are using are loaded at start-up. 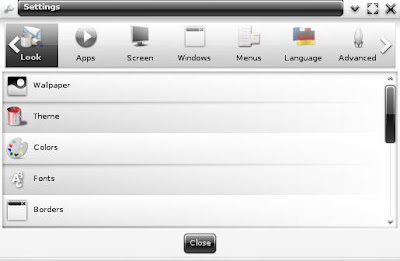 Should you want to, you can easily spend days tinkering with your E17 configuration. You can adjust anything and everything. Most notably appearance wise, E17 allows you to easily theme each individual module with a different theme (should you want to).


"There may be some minor bugs, but most if not all are gone."


I have been using the beta packages for nearly three weeks now and I can attest that the above statement is true.

Just like many pieces of open source applications these days, there are a couple different pre-compiled Linux distros that use E17 as their default Window manager. These include:
Finally, in case you didn't check out any of the links I provided above, my current E17 desktop appears as such: 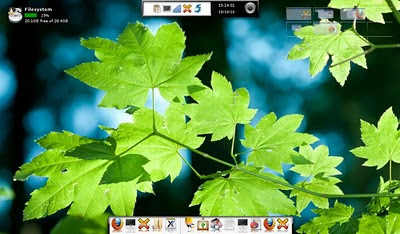 Pretty isn't it? If I persuaded you to give E17 a try, let me know what you think about it. Also, if you are looking to chat in real time about Enlightenment - drop by #e over on Freenode

~Jeff Hoogland
Posted by Unknown at 7:24 AM