Adobe: Thank you sir. May I have another?

If you use Linux on the desktop then odds are you know that getting support from big name companies that produce software is typically difficult at best. They tell us we don't have enough market share, they tell us we have too many different configurations, they tell us there is too much fragmentation to create software for us.

Thats fine. Believe whatever lies you want and do as you will - it's your company and your software.

You know what isn't fine though? Giving us the impression you are going to provide support and then slapping us in the face later on. Adobe has done just this - not just once, but twice now!

In September of last year Adobe announced the release of their preview flash player that supported 64 operating systems of all types - even Linux. Since then there has not been a single up to the Linux 64 bit binary. In fact when going to the Adobe download page you are informed that the only version you can still download is the old version from September for 64 bit Linux. 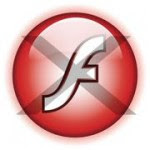 The worst part? Adobe doesn't even have the gall to respond to their users about the lack of updates.

Flash isn't the only thing Adobe plans to screw it's desktop Linux users on though. As of version 2.7 Adobe's Air technology will no longer support desktop Linux. At least the developers at Adobe labs have the spine to tell us the are dropping support for the Linux desktop with Air instead of just leaving us wondering.

All in all just another healthy reminder of why closed source technologies are not ones you should come to rely heavily on. At any rate, hopefully more websites will start adopting the more open HTML5 for steaming content in the coming months - making flash less and less relevant. With respect to Adobe Air - we still have java if we want to run slow, cross-platform code. Guess that will have to do for now!