I've noticed a disturbing trend occurring with software. Until recent months it was largely limited to closed source software such as iOS, but today we see it even in the FOSS world.

Users hacking at locked down software just to get the functionality out of it they need.

It amazes me that the faithful masses continue to do work for projects that try to undermine them at every turn. Apple users have been doing this for a long time. They buy iPhones, iPads, iPhails and "jail break" them to get around the locks imposed by the creator. They spend their time creating new an innovative programs, only to have them get rejected and then later stolen by Apple. 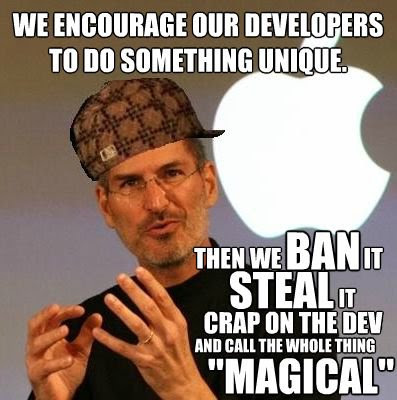 Something that troubles me greatly is that we have seen similar things start to happen in the world of open source with the releases of the Gnome 3 and Unity desktops. Maybe I am just used to the flexibility the Enlightenment desktop offers, but I am disturbed by the number of "tutorials" and "extensions" I have seen being written for these new desktops just to accomplish basic tasks.

I caught a post the other day that detailed all the things the Gnome 3 developers have decided their users no longer need. It is fully within the Gnome/Unity developers rights to make such choices. However it baffles me that their users continue to stick around and write "hacks" instead of moving onto another desktop where their valuable work would be appreciated and could eventually be accepted upstream. Are people so afraid of change they would rather continue to have their ideas treated poorly rather than move on to something different?