Linux Hardware - Lets Get Something Straight

Maybe I missed the memo - but whoever said Linux works with all hardware? 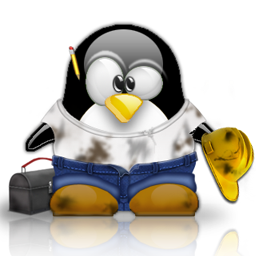 Don't get me wrong, I think Linux is awesome (poke around on my blog some more if you don't believe me) and I openly (and often) suggest Linux to family and friends as an alternative to Windows for their computing needs. As such I've ended up butting heads with other friends and family who are techs that feel Linux is a poor operating system for a desktop computer because "Linux doesn't work with my X". Ahh yes, I completely understand. Just because Linux didn't work with your hardware means it is "not ready for main stream" or "is a poor operating system".

If the back end of a screw driver doesn't work for pounding in a nail, is in the screwdriver's fault? If a full size motherboard doesn't fit into a micro-atx case, is it the motherboard's fault? If OSX may not run on non-Mac hardware, is it OSX's fault? If Linux doesn't work with a piece of hardware that was only designed for Windows, is it Linux's fault? Now, maybe before you downloaded Linux someone may have told you that it "just works with all hardware". I hate to be the bearer of bad news but - you were lied to.

You have every right to be upset. In fact, if I where you I would take your download back to where you got it from and demand a full refund. Heck, I'd even demand twice my money back.

You don't buy a tool for one job and expect it to do another job it wasn't designed to do. In the same respect, if you don't do your homework before buying hardware it might not work with Linux. Does a lot - heck I'd even say most - hardware work when powered by the penguin? Yep. By no means does this mean all hardware will work under Linux. In fact until we can start getting manufacturers to start developing drivers fully cross-platform there are always going to be some operating systems that are left out - and sometimes that operating system will be Linux.

It is just how things work, sad and annoying as this may be.