#fedora - You are always wrong

EDIT: Please note that obviously the people in #fedora are not representative of the fedora community as a whole. This is just me blowing off steam late at night after hardware failure and a poor experience.

Fair warning - I am about to go off on a rant here.

I discovered this evening much to my dismay that the year and a half old western digital hard drive in my main laptop is dieing. All three of the Linux installs on the system failed in various ways (typically a sign of a hardware issue) so I grabbed the closest live CD and popped it in. Now, it's been awhile since I've burned a live CD so the top disc in my spindle was an old Fedora 13 disc. After the system booted up, I connected to my wireless internet and was on my way.

There was a few gigs of data on the drive I didn't have backed up, so I opened nautilus and navigated to my files.

Ahh right - the permissions of the hard drive made it so I could not read certain folders I needed access to. Not a problem, I'll just launch the file manager as root. I opened a terminal, typed in su followed by nautilus and was greet by a crash message.

Ahh right - nautilus doesn't like to be opened as super user if I recall correctly. It had been awhile since I had used a non-sudo distro, so I hopped into #fedora on freenode to ask how I could go about launching the file manager as super user.

Dear lord was that a mistake.

Less than a minute in the #fedora channel was enough to remind me why Fedora 13 was the last Fedora revision I had burned. I've found that whenever I am foolish enough to ask a question in #fedora, instead of getting help with what I have asked, I am bombarded with questions on why I am trying to do what I am doing. Even after informing them that I would just like to accomplish what I have asked, I was informed I was wrong and that I should do something completely different (and that would take far longer than I wanted with a dieing hard disc).

I would just like to take a moment to say to all the self proclaimed Linux help nazis out there:

You are not God's gift to your Linux help channel.

When a person asks a question, if you are not going to help - then don't. When someone seems to be asking an odd question - odds are you don't know everything about their story. If their question is truly odd, perhaps just throw a mention of warning after helping them accomplish their task.

Needless to say I left #fedora after a few mind numbing moments and simply installed pcmanfm (which launched as super user just fine).

Whew. I apologize if you are a decent person who really tries to help (instead of criticize) in #fedora on freenode. It just seems more often than not in the four years I've been using Linux as my primary operating system I have always met with resistance in that channel.

My data is all recovered from the drive now and I am happily headed back to apt-get land. If I ever give yum a try again it will definitely be with Fuduntu or Fusion and not with normal Fedora ever. 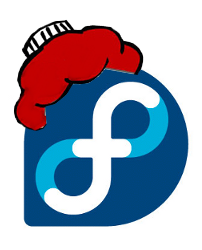